RiderzLaw Racing back with Jason Aguilar for MotoAmerica 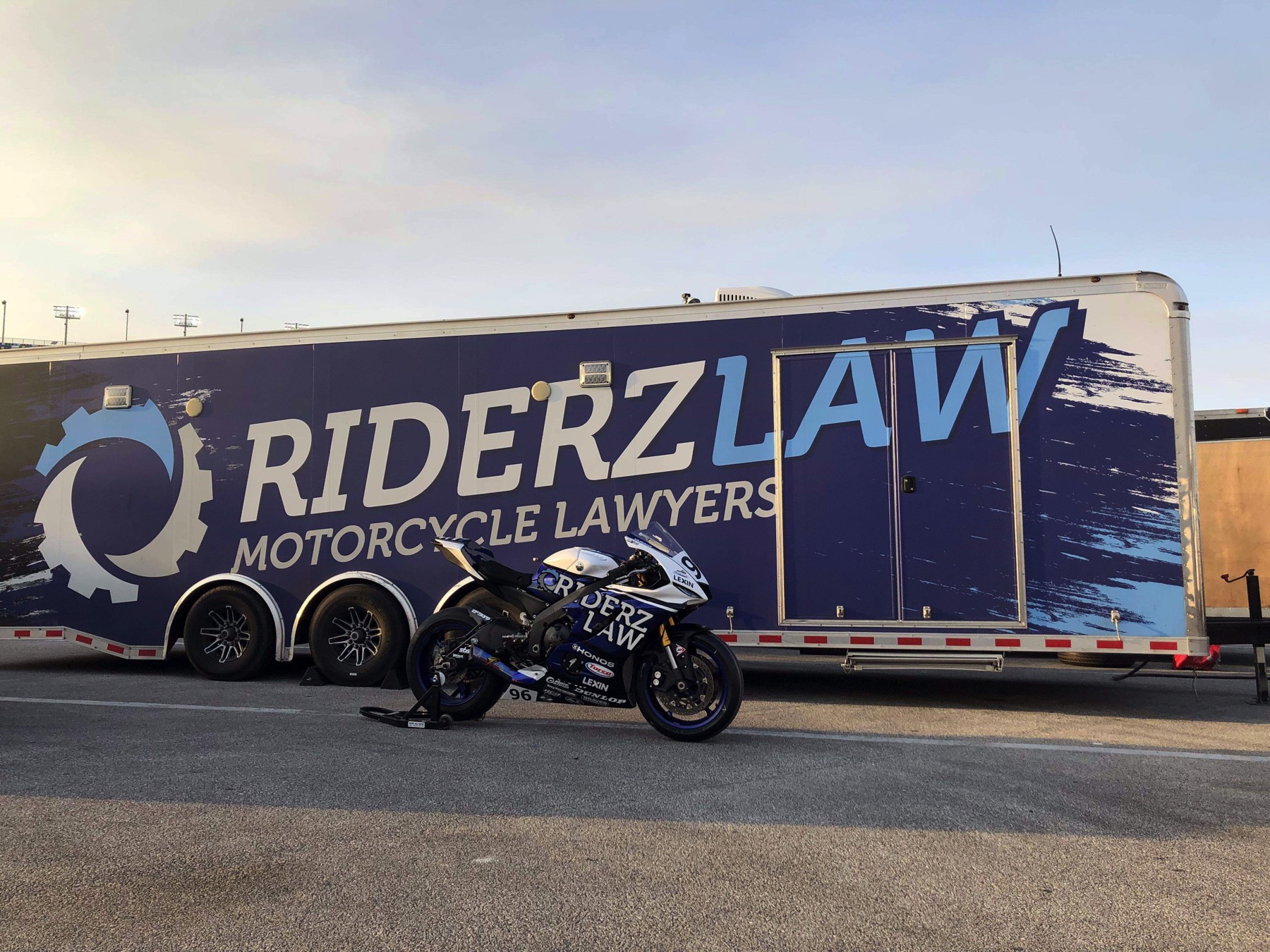 Jason Aguilar:
“I am excited to be managing and racing for my own team again thanks to RiderzLaw and all my other sponsors that have come on board. The 2019 Supersport class is stacked with talent and will be extremely competitive. Hopefully, we can carry some momentum from Daytona into Road Atlanta and build on that throughout the season”

In addition to renewing the partnership with RiderzLaw, Jason has again partnered with Crew Chief, Rocky Stargel. Jason worked with Rocky many times in the past, scoring multiple podium finishes, and most recently qualifying on the front row in the 2019 Daytona 200.