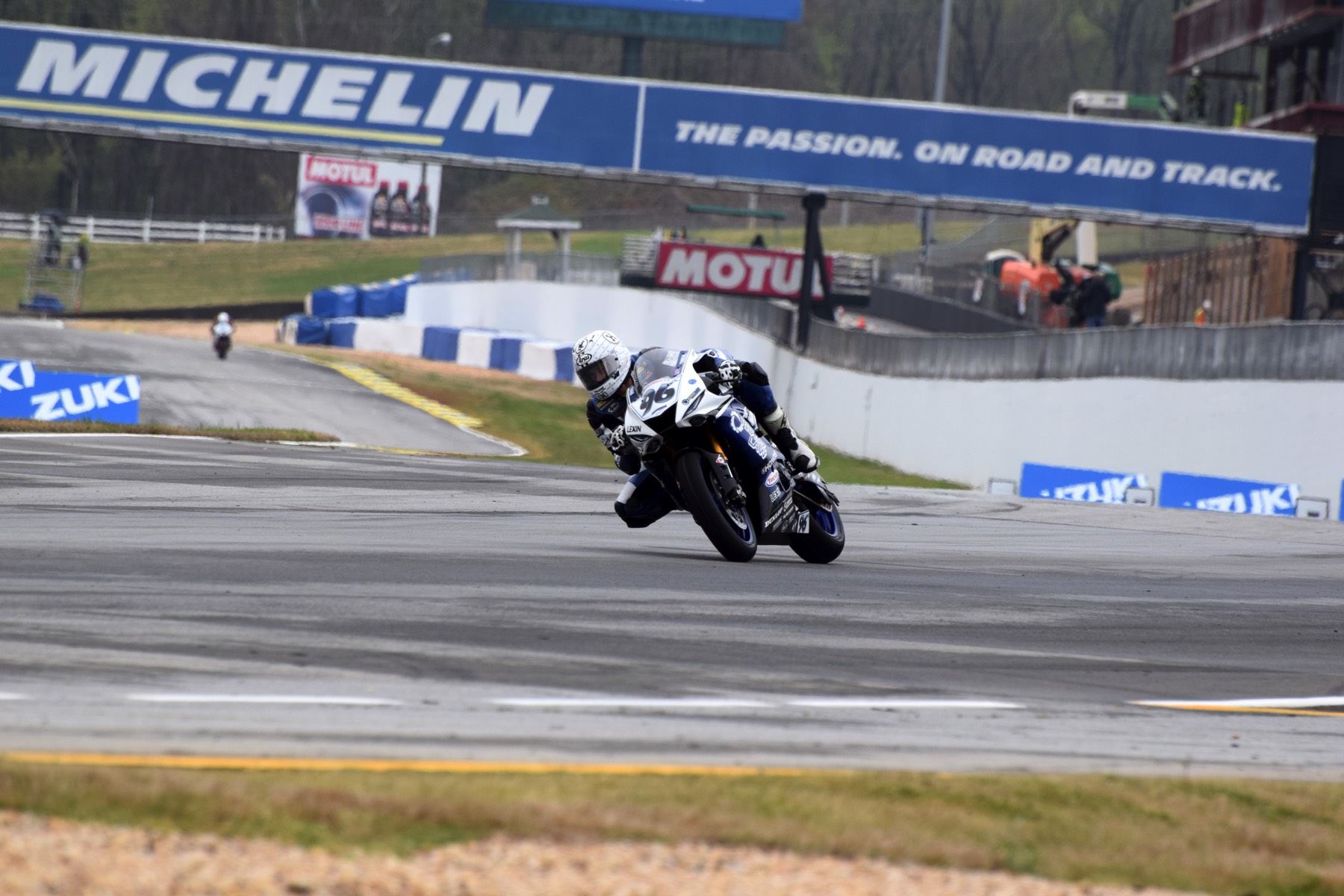 RiderzLaw Racing came into Road Atlanta with momentum from a front row start in the Daytona 200, and despite a nagging ankle injury, hopes were high for a successful start to the 2019 MotoAmerica Supersport season. With the weather cooperating, Jason was able to qualify 8th. In Race One, Jason got a good start and held 8th place. With the setup changes the team made in between rounds, Jason was able to run almost a full second faster in the race than he did in qualifying. Moving up to 7th place on the fifth lap, Jason just did not have the pace to catch the group ahead of him that was battling for podium positions and brought home a 7th place finish.

The team went to work making changes to prepare the bike for Race 2. That work paid off with Jason again improving by almost a full second and able to battle for a podium. Jason settled into a 5-rider group that was battling for 3rd place. Jason was patient and when the opportunity presented itself, he charged into 3rd place. The battle for 3rd included some fierce racing, and was featured for several laps in the MotoAmerica Live+ broadcast. Jason ended up 4th place but showed that he can battle for podiums now.

RiderzLaw Racing Team Crew Chief Rocky Stargel and Team Rider/Manager Jason Aguilar welcomed new mechanic Manny Macias to the team. The pieces are falling into place and the team is hitting its stride as they look forward to the next round at Virginia International Raceway on May 4-5.

Jason Aguilar:
“I was not 100% this weekend, but we knew we could run a good pace. The Team is new, and we are learning as we go, and getting stronger each time out. We showed we can run with the leaders and compete for podiums now. Overall, it was a very positive weekend. I am really looking forward to VIR.”