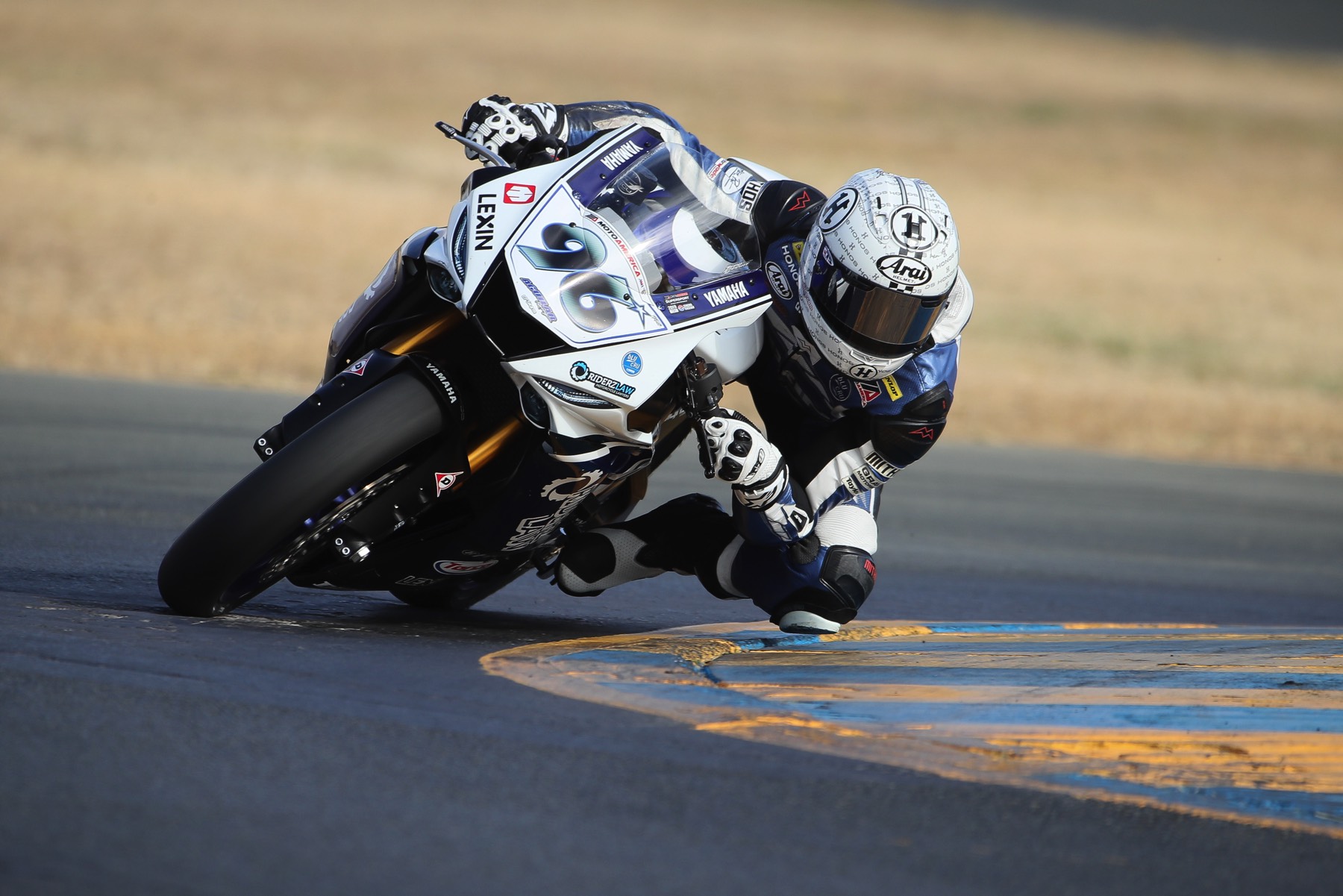 Jason Aguilar had 4 weeks to focus on recovery from injuries and illness in between MotoAmerica rounds at Laguna Seca and Sonoma Raceway. The time off allowed Jason to get better and put in a little training time with some mountain biking. However, the new 2-Day format at Sonoma was going to be difficult as Jason did not have any data for Sonoma with his new team. Without the additional day and less track time, it was going to be a challenge to get up to speed and get a good setup and qualifying result.

Jason finished the first practice session in 10th place, putting in 3 more laps on his Yamaha R6 than any other rider. The team used the data from that first session to make adjustments for the only qualifying session. In qualifying, Jason ended the session in 9th place securing a third row starting position. While not satisfied with his qualifying position, Jason was getting closer to the leader’s pace than he had been all season.

Jason got a good start in Saturday’s race, but it was nullified by another rider’s crash causing a restart after they tended to the downed rider. The red flag incident caused the race to be shortened from 19 laps to 12. On the restart, Jason did not get a good start and dropped back to 10th place. Jason methodically utilized the chicane to pass riders and worked his way up to 6th place where he finished the shortened race. It was RiderzLaw/Aguilar Racing’s best finish since Virginia.

With MotoAmerica’s 2-Day format, rider’s grid positions for Race 2 are determined by their best lap time in Race 1. This allowed Jason to improve his grid position from 9th to 6th, moving him up to the second row for Sunday’s race. Race 2 saw Jason get pushed out wide in turn one at the start, causing him to drop back to 8th place. Jason lost contact with the lead group, but he pushed hard to catch up and finally joined the lead group by midrace. The eight-rider group was battling each other for the win.

Jason advanced to 7th place with a nice pass in the chicane, but had to do it all over again when a missed shift on the front straightaway caused him to lose the position. He made the same pass two laps later and then advanced to 6th when one of the leaders crashed. Jason was closing in on 5th place, and looked like he was going to battle for the position. The riders came upon a 4-rider group of slower riders and Jason got held up in the esses causing him to lose a full second to the rider that he worked so hard to catch. Then, at the start of the next lap, Jason missed a shift in turn one allowing another rider to pass him and drop him back to his final finishing position of 7th place.

Jason Aguilar:
“It was frustrating to have a couple of mistakes and a little bad luck cost me a shot at 5th place in Race 2, but I was finally able to get back to the lead group and battle with the leaders. That felt really good. The team gave me a great bike, and we are getting closer to fighting for a podium finish. I am looking forward to our next race at Pittsburg International Raceway.”