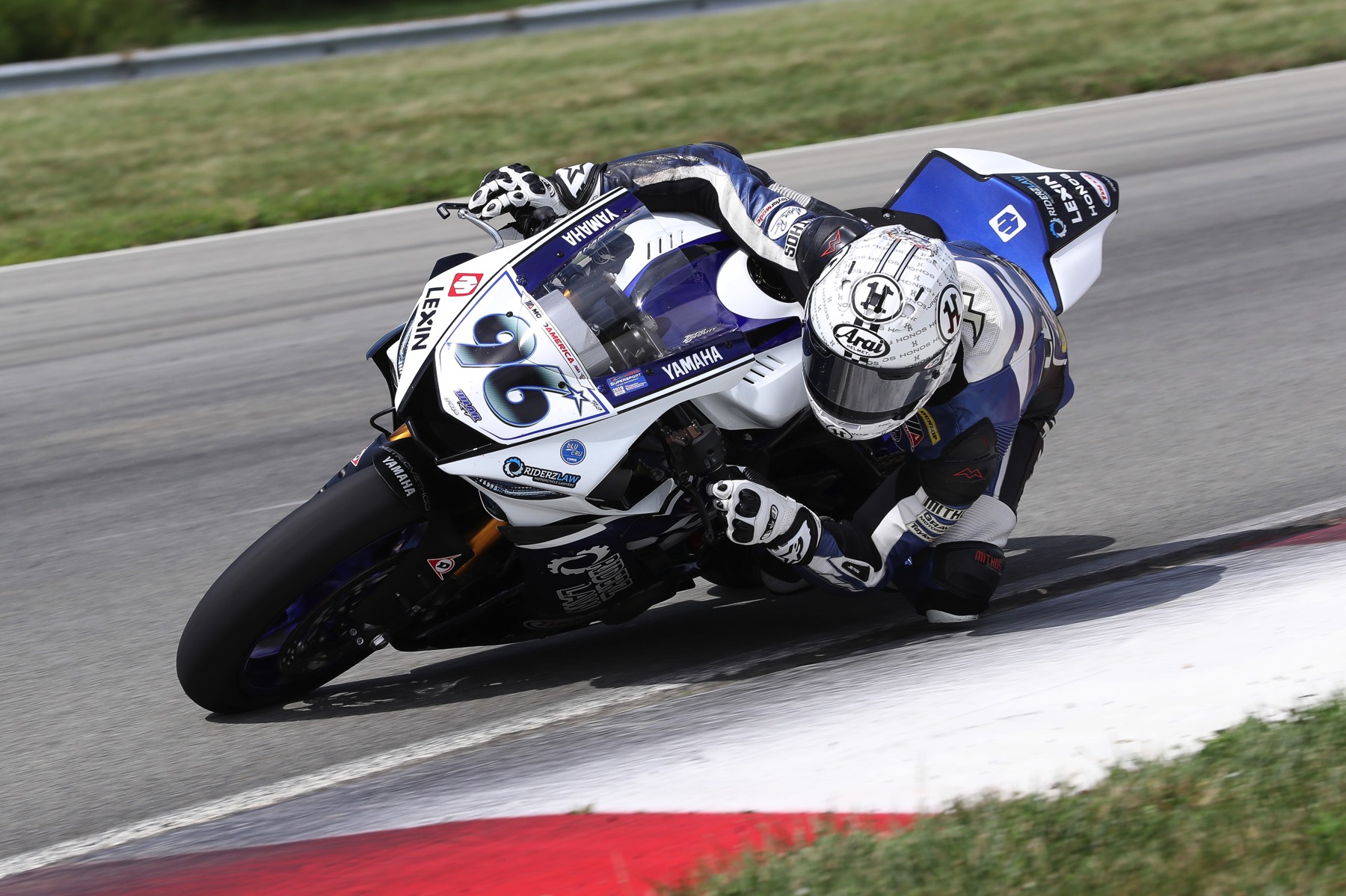 Jason Aguilar previously had good results and good pace at Pittsburgh International Raceway. The 3-Day race format would allow Jason more time to work on bike setup, which was needed as the new team continues to learn and make progress this season. The first practice session ended with Jason in 11th place. Suspension changes were made for the first qualifying session, and Jason went 2 seconds faster than the first practice session. However, other riders were making similar progress and Jason was left in 12th place at the end. Fortunately, Jason would have a second qualifying session Saturday morning before Race 1.

In the second qualifying session, Jason moved up 3 positions to 9th place and improved almost a full second from the first qualifying session. Race 1 started with Jason dropping to 10th at the start, but the leader crashed out causing a race stoppage and red flag restart. The restart again did not go well, and Jason fell back to 10th place. Jason worked his way up to 6th place with 2 laps to go and was battling in a 5-rider group. With one of the leaders crashing on the last lap, Jason was in position to finish in 5th place, but got pushed out wide before the chicane and dropped 4 positions to a disappointing 9th place.

Race 2 began with Jason losing several positions at the start, and then several more after still another red flag restart. Battling from 14th place, Jason started pushing hard, but was only able to salvage a 10th place finish in the shortened race.

Jason Aguilar:
“This was not our best weekend, but we learn every time out. I got roughed up and beat up all weekend, but by the last lap of the last race we finally saw some progress. In the second race today, I struggled getting into a good rhythm, but as the tire went off, I felt better and by the last lap, I was getting into good lap times again. I ran my personal best lap time on the last lap and had way more in me. We are trying as hard as we can and look forward to the next round in New Jersey”