RiderzLaw/Aguilar Racing Ends Season With Some Momentum Going Into 2020 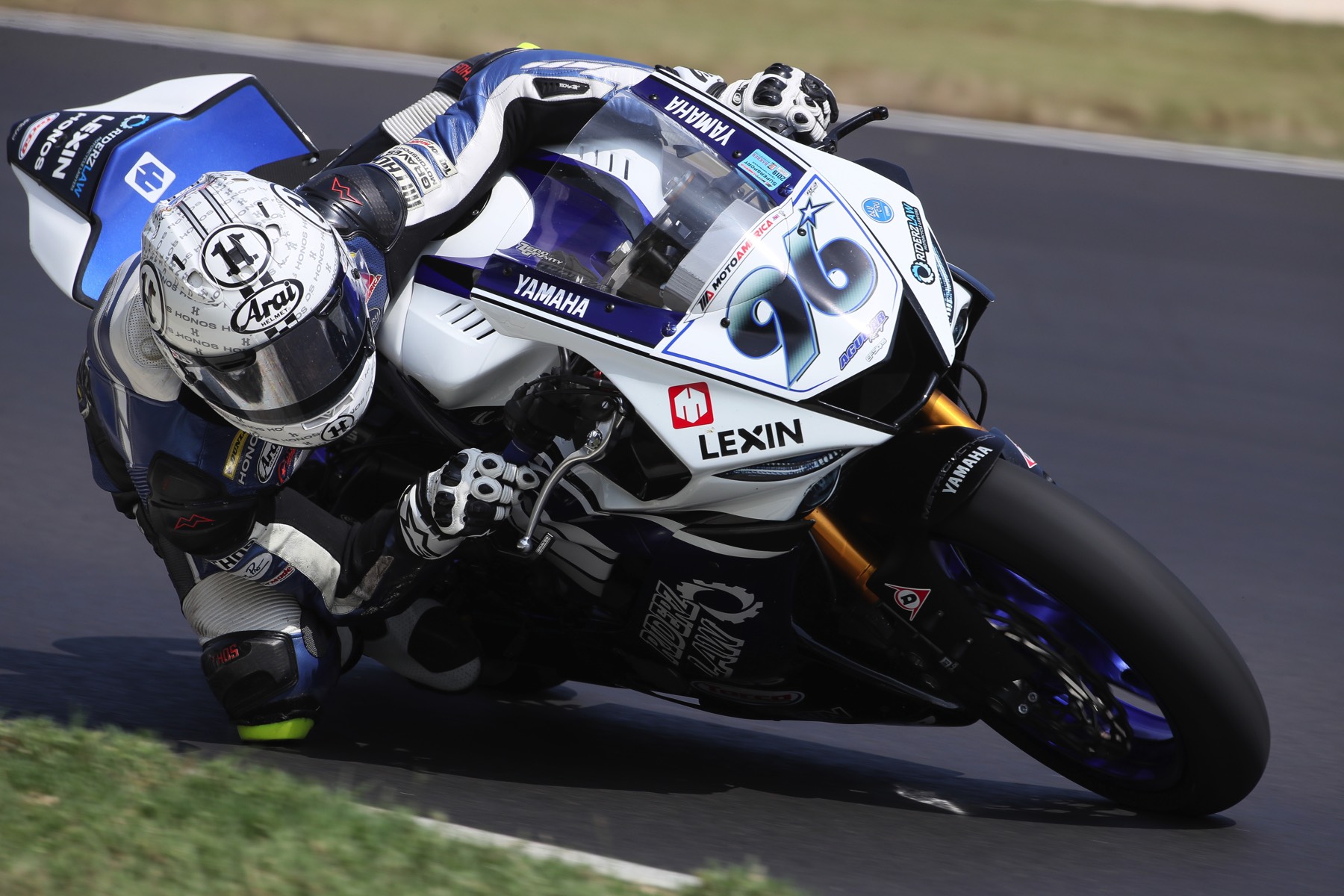 Jason Aguilar was looking to end the season on a positive note at Barber Motorsports Park. With injuries, personnel changes, data and setup issues, affecting Jason most of the season, things were starting to look up. The team was making consistent progress and Jason was starting to feel more comfortable on his RiderzLaw/Aguilar Racing Yamaha R6. Earning a 5th place qualifying position in the 2nd qualifying session, Jason had the pace for a good finish. However, a mistake in Race 1 cost Jason several positions, and he was only able to salvage an 8th place finish.

Jason Aguilar
“I changed to a new clutch last round and it really helped my starts. While I got a good launch, I bumped elbows with a rider going into Turn 1 that threw me off my line, and then got my front chopped off by another rider in Turn 2 that set me further back. Then, when I was starting to move up midway through the race, I tucked the front in Turn 1, fell off the side of the bike, ran off track, but somehow saved it and got back on track. I have no clue how I saved it, but I am grateful for my luck.”

Race 2 did not start much better with Jason dropping back to 11th after getting roughed up in the first 2 turns again. However, once Jason got past some of the riders in front of him and had some clear track, he set off after the next group of riders and was reeling them in by half a second per lap. That would have allowed him to capture a 5th place finish if it had not been for a red flag stopping the race with several laps to go. The race ended early denying Jason a Top 5 finish.

Jason Aguilar
“I had good race pace and was running the pace of the podium finishers on my last lap and had more to give, but my race got cut short due to a red flag. It is too bad. I really wanted a good finish for the team. They worked so hard this season. We learned a lot. We never had time to test this season as I was scrambling to put a team together and secure sponsorship. Now that the team personnel are set for next season, we can start preparing for next season as soon as I get home. I can’t wait for 2020 to start. Thank you to all the sponsors that stepped up to make this season possible, and we are planning an outstanding 2020 season already.”