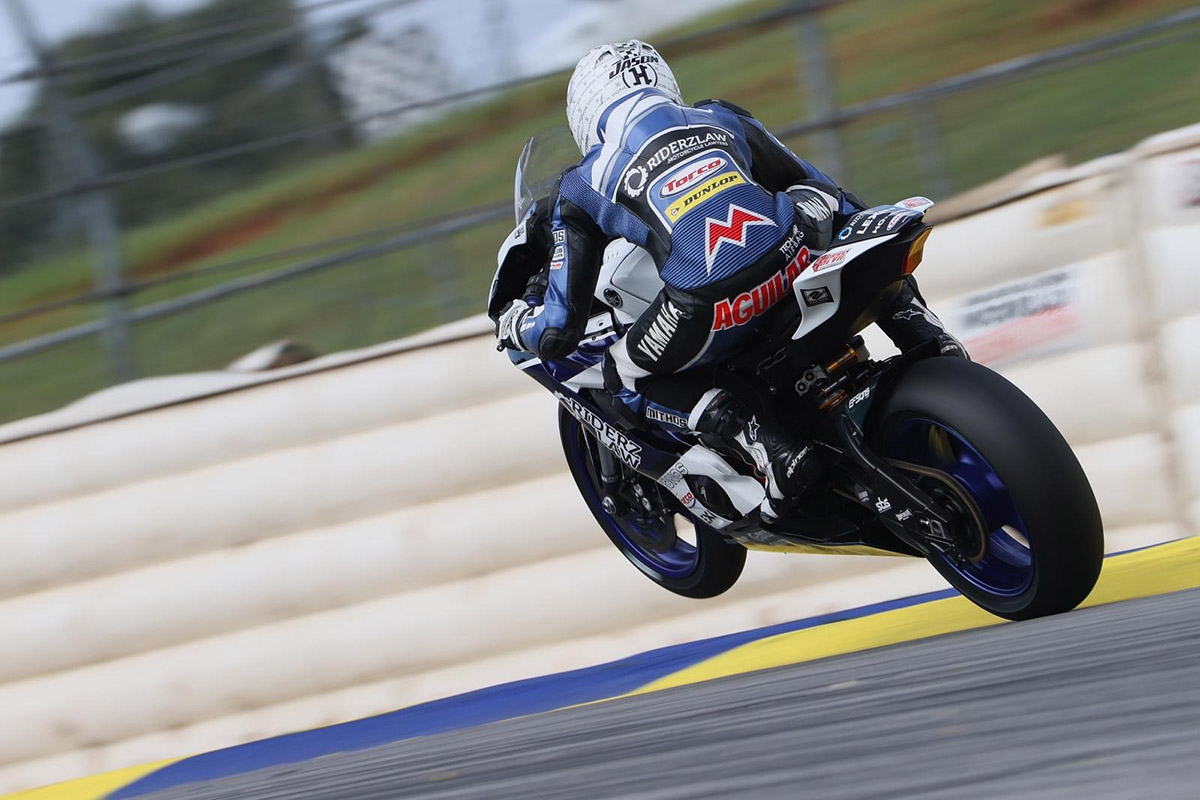 Once again qualifying on the second row, Aguilar was left frustrated by his race one result – he finished fifth and was determined to make amends in Sunday’s second encounter. A great start saw Jason match the leading riders for pace early on before he dropped back to finish a comfortable fourth at the flag.

The results cement the RiderzLaw Yamaha rider in fourth overall in the points standing after the first six races.

The next round takes place this coming weekend at the Pittsburgh International Race Complex.

Jason Aguilar:
“I was so disappointed after Race 1 if I’m honest. I got a good start before the red flag, but in the restart, I got caught behind a couple of guys and ended up battling for fourth. The gap to the front guys was already too big by the time I had worked my way through. It was so hot, and I was struggling. I tried to keep Olmedo (Kevin) behind me but I screwed the last corner up and he got me on the line. So far, the worst result of the season and not what I wanted so I was determined to make something happen on Sunday. Race 2 was much better, and I am way happier with how it went. We made a small change and I was a lot more comfortable on the bike. I felt physically better and wasn’t as tired and it showed in our pace. I got a good start, ran down the top three but after half distance the grip from the rear started to drop so I wasn’t able to stay in the fight for the podium. I was trying to keep the pace, but we ended fourth. Compared to how yesterday went I am actually really happy. We scored solid championship points and we go to Pittsburgh next week healthy. Thanks to all my supporters and to the fans at the track – you guys are great!”