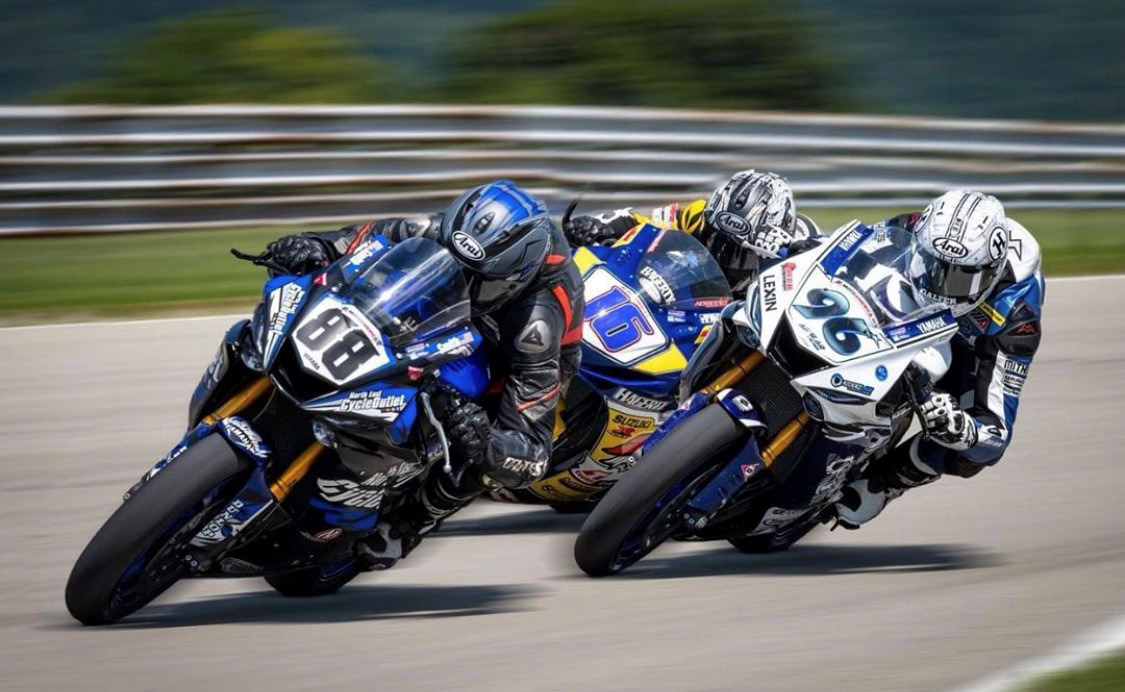 Starting from the second row of the grid, the RiderzLaw Yamaha rider was in podium contention throughout Race One, making some aggressive overtakes, clearly at home banging bars whilst in the midst of a six-rider battle. Dropping to sixth, Aguilar dug deep, recovering to fourth at the flag on Saturday, a whisker away from third.

Sunday’s race saw Jason lose touch early on with the top three, the #96 using his head to launch an attack for fourth in the closing stages, crossing the line to add another thirteen championship points to the thirteen he added twenty four hours earlier.

The double fourth position finish consolidates Jason’s place in the overall standings, keeping him well in contention for P3 as the series heads to a new venue – The Ridge – in a couple of weeks.

Jason Aguilar:
“We made some pretty significant changes on the bike this weekend, just to try a few things. The first session on Friday we found something that didn’t work but the second session (qualifying one), we found something that actually worked really well. We didn’t do the usual strategy of coming in and using two tyres, we focused on the race and I left the same tyre on for the whole session. I was able to run my fastest lap on the last lap, on a tyre that had done sixteen laps. The race distances are sixteen laps, so it was encouraging, and we had a new tyre in the bank for final quali. I got off to a fairly good start in Race 1 and pushed hard to hang with the lead guys. Ben Smith passed me, I passed him back and we got into a bit of a scrap. I hit a false neutral and tagged him but luckily stayed upright. I have no idea how I saved it. I lost quite a bit of time, but I regrouped, caught the guys, and managed to grab P4 on the final lap. I showed a good pace and it was the closest I’ve been to the podium this year so on one hand I was satisfied but on the other I was pretty bummed. Race 2 honestly didn’t go as I wanted. Some personal stuff messed with my head a little and I felt like I wasn’t really there come race time. I did go faster than Saturday, but something was definitely off. The top three got away, so I used my head and took fourth on the last lap. Another fourth, which I guess is better than fifth, but we will regroup, and I am looking forward to Washington – a new track for us.”