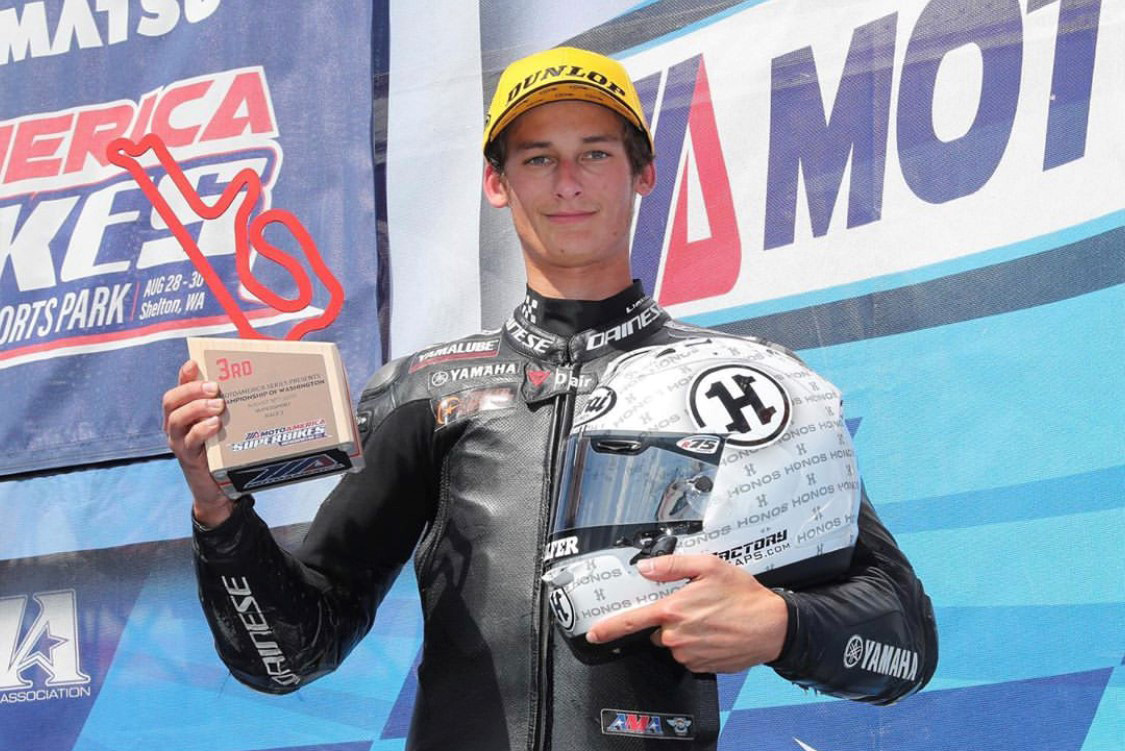 A monster crash in first qualifying at The Ridge Motorsports Park may have put Jason Aguilar on the back foot as the 2020 MotoAmerica series made its first visit to the Pacific North West but the hard charging #96 Riderzlaw Yamaha rider dug deep and after rebuilding the bike including some last minute changes after yet more issues in Saturday morning’s Warm Up session he was able to bring it home in seventh and third places respectively in the weekend’s two to consolidate his fourth in the overall classification.

Saturday’s race was a lonely affair, but Jason knew that points make prizes and rode sensibly to add nine championship points to his tally. Sunday however was a different story. Lapping significantly faster than the previous day, he was able to latch on in the early stages to the leading group after avoiding the mayhem on the opening lap that saw several riders fall. A perfectly executed race from start to finish resulted in a podium finish and this one meant everything with actually able to take his place in winners circle.

Jason Aguilar:
“Saturday was a crazy day. I was trying to put down a good time. After Friday’s crash something didn’t feel right. I was able to qualify tenth, but I knew something was wrong. A further check revealed that the forks and the triple clamps were bent so whilst that explained what I was feeling on track meant even more work for us before Race 1. We just made the race, so I want to say a massive thanks to my whole crew. I was so tired and stressed before the race and I was able to bring it home in seventh. It took me a few laps to get used to things again. I did the best I could under the circumstances and considering the day and half we had I was satisfied. I didn’t get the best start on Sunday. I saw all the chaos happen ahead. I thought there would be a red flag but there wasn’t. I was running fourth and the gap between me and Silva (Lucas) was staying pretty constant. I saw Paasch (Brandon) go down and that put me into third. I had a big gap behind me and after the weekend I’d had I decided to cruise it in. It’s great to be on the podium but I’m not happy with how I rode. I want to be on the podium without others crashing. For sure the podium is great, but I want more, and I’ll be giving it everything next time out to beat the guys straight up!”