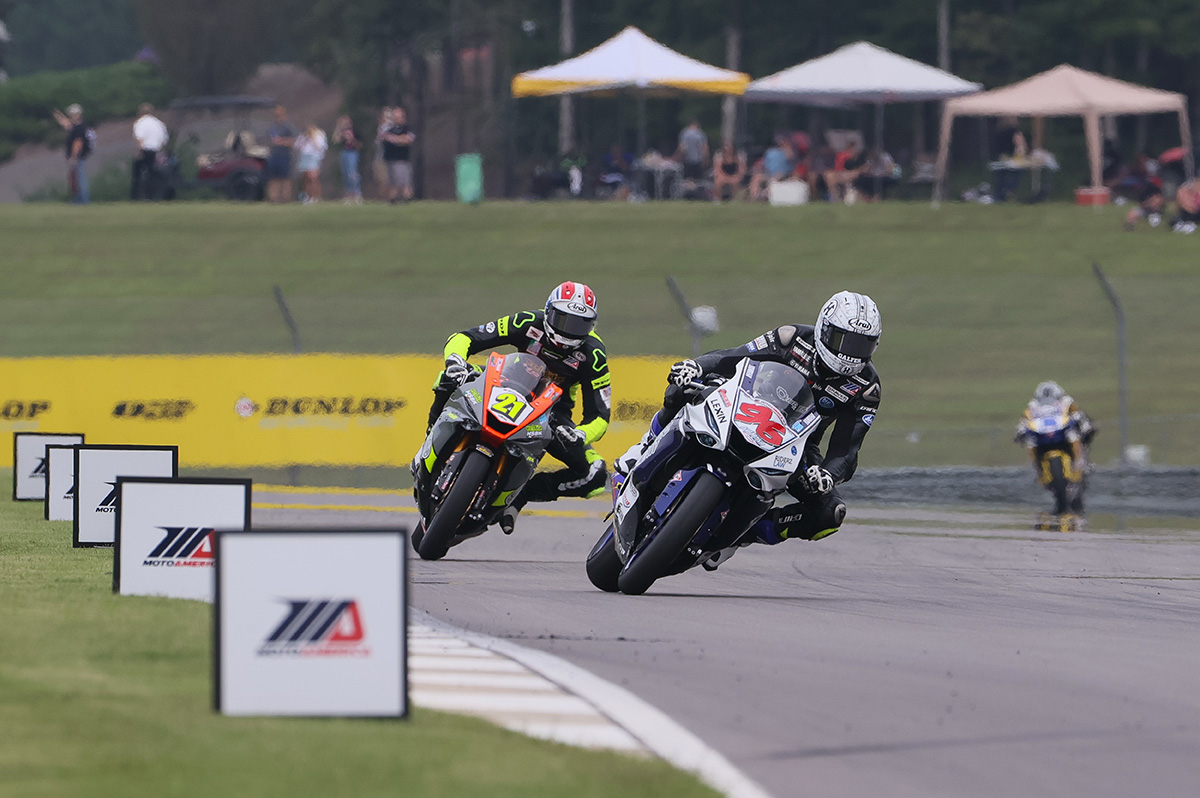 Jason Aguilar put the disappointment of the previous round of the 2020 MotoAmerica Supersport series behind him, bouncing back at Barber Motorsports Park in Birmingham, Alabama with a superb third and fourth place finish on Saturday and Sunday.

Front running from the off, Aguilar qualified a solid fourth, before racing to his third podium finish of the season in the weekend’s opening encounter. He rounded off the event, that saw him return to form, with a hard fought fourth yesterday to consolidate his P4 in the overall championship standings with just two rounds, Indianapolis, and Laguna Seca, remaining.

Jason Aguilar:
“The opening Qualifying session went well. I was sitting P1/P2 for most of it, but I just got pipped by Richie and Sean at the end, so I ended third. We were making good progress every time we went out, not really changing much on the bike and I was feeling really comfortable. The bike has been great all year, it’s been a lack of seat time, so this weekend the plan was to let me ride and do my thing. It seemed to work. I felt that we had pace and I was looking forward to final qualifying and the two races. Qualifying 2 didn’t really go my way. I didn’t execute our planned strategy correctly and it definitely hurt us. Fortunately, our time from Q1 stood to put me 4th but we lost our front row start which I was really pissed about. I just worked to channel that energy into the race later in the day though. Race 1 went pretty well for us. I got off to a good start but made a mistake in Turn 2 and let another rider get around me. I made my way back around him at the end of the first lap and had my sights set on Brandon (Paasch). I was able to pass him in the last corner on lap 6 and slowly pulled a gap on him. I was pushing really hard to see if I could catch Sean (Dylan Kelly) but on lap 13 I really felt my rear tyre starting to go off. It was getting really sketchy out there, but I saw I had a good gap to Brandon behind me, so I eased the pace and brought it home in third. Race 2 was disappointing to say the least. We just didn’t have some things go our way, but that’s racing. I got a great start but wasn’t aggressive enough at the start and got shuffled back early on. Once I made my way into 4th it was too late to catch anyone for the podium. Definitely not how I wanted race 2 but we just gotta keep on working and we’ll get there. I’m happy to be up on podium again but I want more. See you all at Indianapolis.”