Another sixth in Supersport on Saturday, the Indianapolis highlight for Jason Aguilar 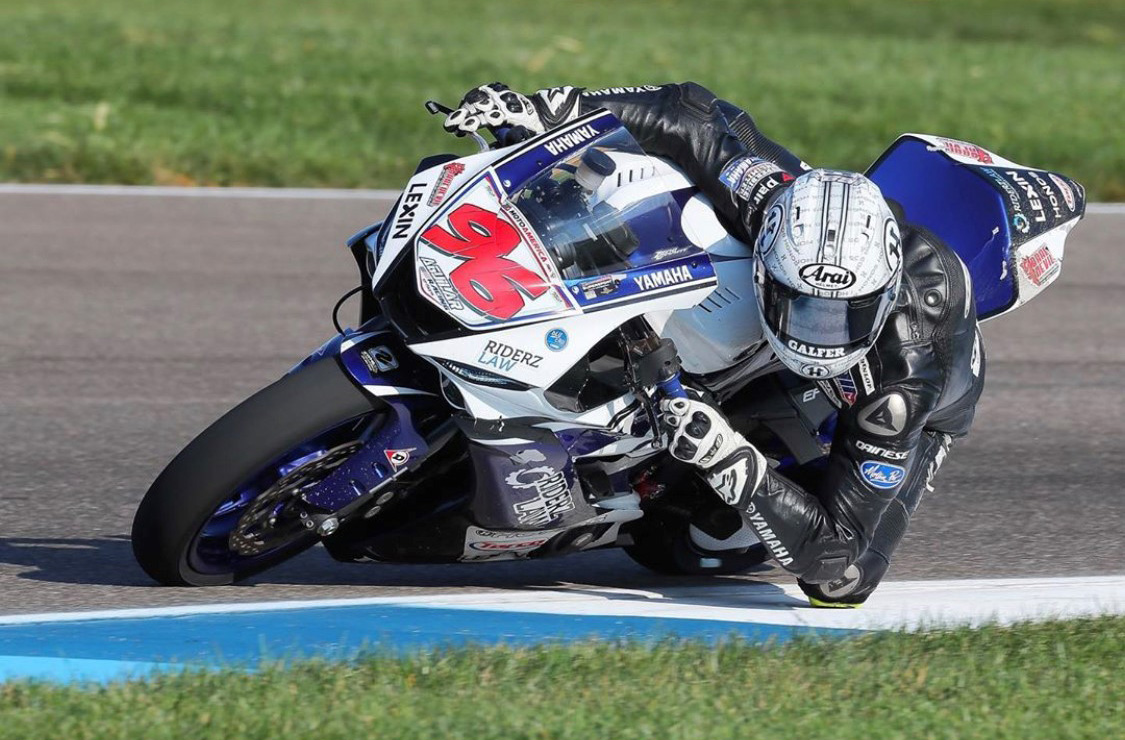 Qualifying seventh meant a third row start for the two races, with the #96 finishing a solid sixth in the opening encounter on Saturday, his eleventh top six finish of the season. Sunday’s race was short-lived, lasting only a matter of seconds, Aguilar crashing hard in the opening sequence of corners, walking away without any serious injury.

Disappointed to have said goodbye to any chance of third overall, with just one round (two races) at WeatherTech Raceway Laguna Seca remaining in a fortnight, Jason’s focus is now on ending the year on a high.

Jason Aguilar:
“I got a decent start in race one but caught up with the pack in the opening couple of corners and lost some time. I made up some ground and was catching the podium fight. I felt that I had the pace, but I lost too much time at the beginning and missed the chance to be in their draft. My bike is a missile but when you can’t catch the slipstream, especially at Indy, it’s tough. I wasn’t happy with sixth, especially after the P3 and P4 last time out and so I was determined to make up for it on Sunday. It’s hard to say anything about race two. I don’t remember too much to be honest. I went into Turn 2; I braked and then went down. I’m not too sure exactly what happened, it was all over in the blink of an eye. I’m ok, luckily, I bounce well. We will fix the bike and move on to Laguna where I want to finish the year on the podium!”