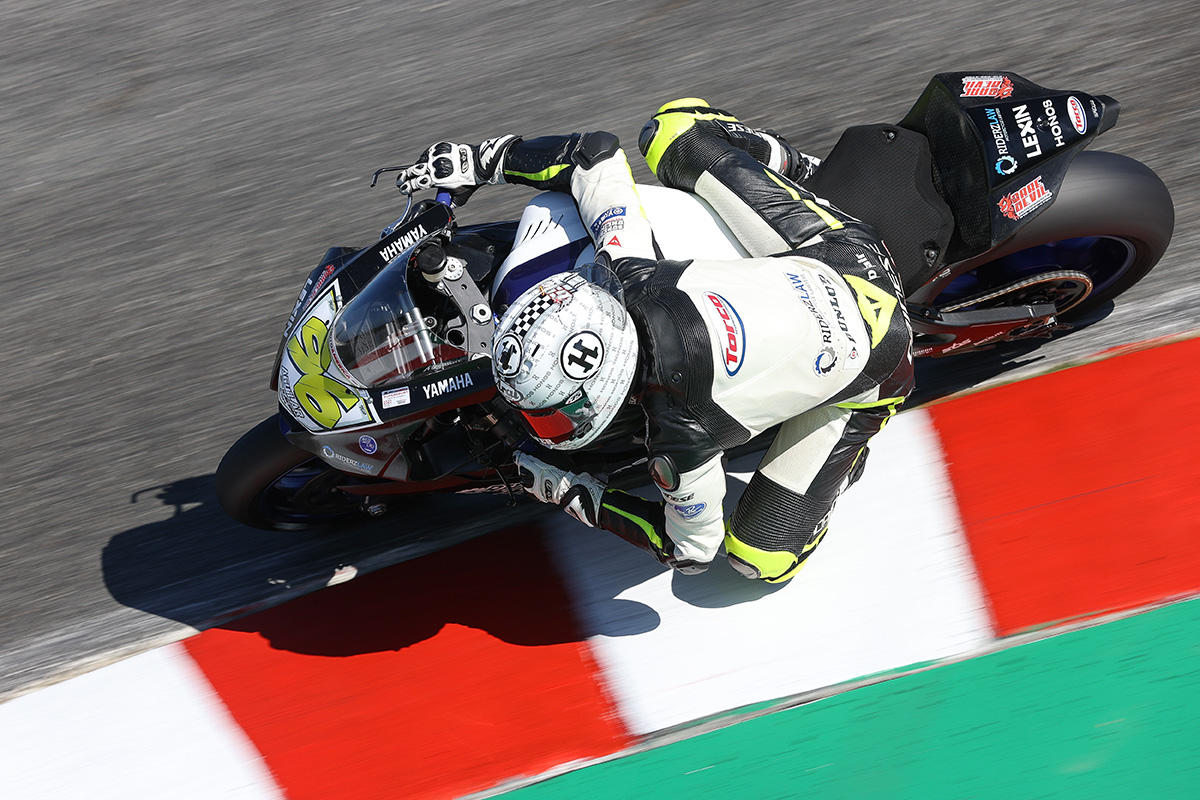 Jason Aguilar ended his 2020 MotoAmerica Supersport season with another double points finish, fourth and eighth, round out a front running year in fourth overall in the final points classification.

The journey to even make the final round was eventful, but despite being on the backfoot from the off, the #96 Yamaha rider showed grit and determination to qualify eleventh, before two lightning starts in both races ensured he was in the mix for a decent haul of points once again.

Reflecting on a year that saw three podium finishes, Jason has earned himself a new nickname… ‘The King of Cuatro’ after amassing seven P4 results. He only failed to finish twice, an impressive statistic.

Jason Aguilar:
“Honestly it was so crazy just trying to get here for the last round, I’m so happy to have made it. I got hurt at the last round so I wasn’t sure how I would be physically coming into this round. I had to rebuild the bike with not a ton of time from the last round. On top of that our truck broke down so we had to come up in a van rather than our normal truck and trailer setup. First qualifying went ok and I started to feel good on the bike and get the confidence back. My lap timer wasn’t working in second qualifying, so it was hard to judge my pace but all in all it wasn’t too bad. I did the best I could and got my times down to the 1m 28s which was only good enough for P11 and the fourth row. I wasn’t at my best following the Indy crash, but I was determined to give it my all and end the season on a high. I made a great start in Race 1 from eleventh to the top six and had a great run around the outside. I lost a couple of places and ran off track, but I kept my cool and was able to recover. We hit traffic on the last lap and I almost a position, but I was actually stoked to finish fourth after starting so far back. The final race of the year wasn’t too bad. We missed the warm up as it was wet, so my first time on track on Sunday was for the race which was a bit strange. It took me a couple of laps and then I started to find my rhythm. I made another good start, but I got boxed in a bit. The front of the bike felt weird from the start and after the race we found out that the stabilizer had broken. We took P8 and fourth overall in the final points standings. We learned a lot and I am super grateful to all my sponsors and to everyone who has supported me. We will take some time to relax and then start to focus on 2021. I’m not sure what we will do but I want to be back in the MotoAmerica paddock, that’s a no brainer!”